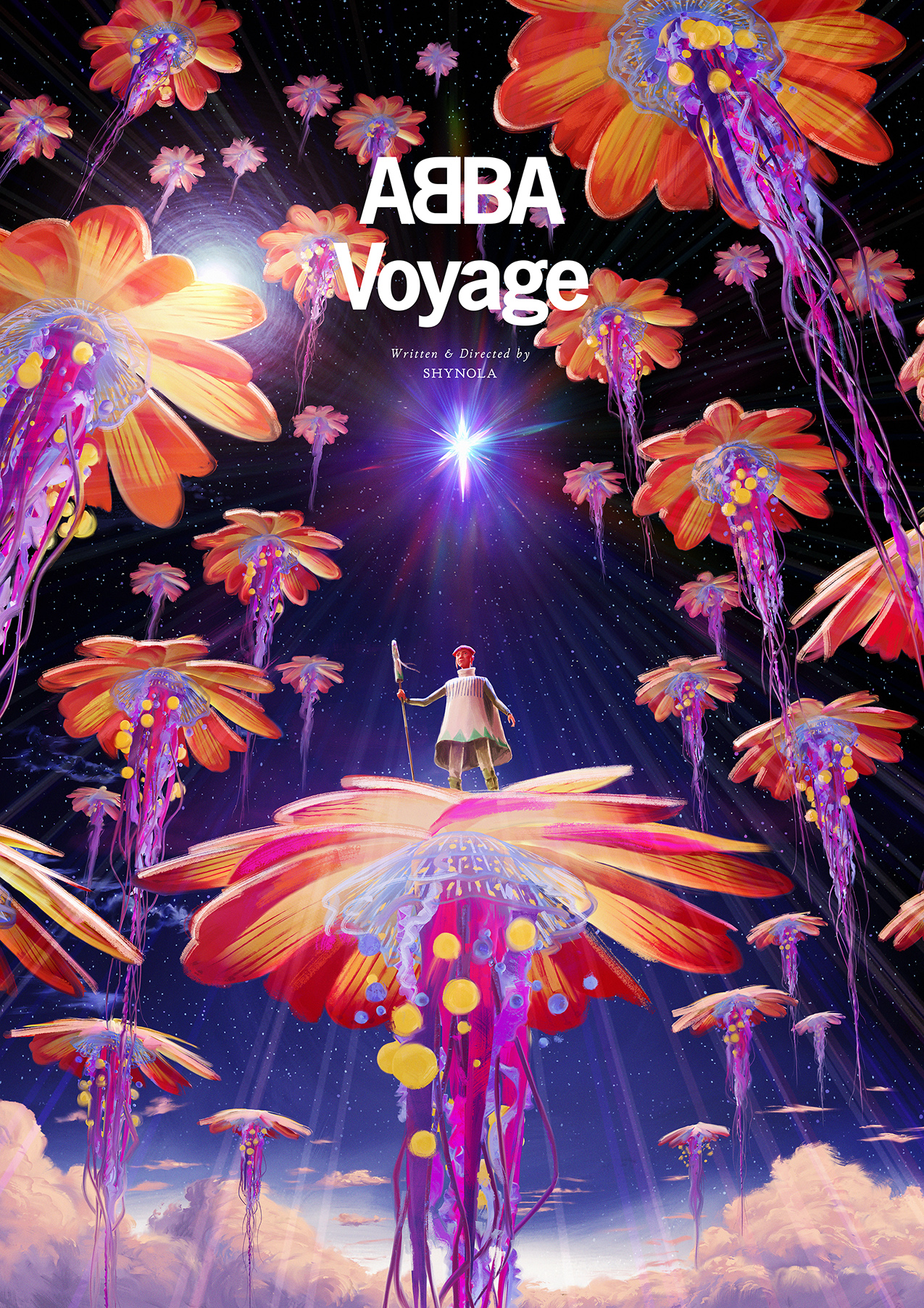 “Ground-breaking pop meets jaw-dropping spectacle, it has to be seen to be believed.”
Rolling Stone

“This bears overstating: I literally could not believe my eyes.”
Evening Standard

“ Jaw-dropping. A triumph.”
The Guardian

ABBA Voyage is a mind-blowing, immersive concert which features photoreal ‘Abbatars’ of the band by George Lucas’s ILM, as if Benny, Bjorn, Agnetha and Frida have been transported forty years through time to play for us now. They are backed by a live 10-piece band and a spectacular light show, all housed in a custom-built arena in London’s Olympic Park.

As an integral part of the show we’ve effectively created animated music videos for two beloved ABBA songs, ‘Eagle’ and ‘Voulez-vous’. Insomuch  as they are inspired by and carefully entwined with the music. Except these are not animated performance videos, rather, they are a cinematic narrative told in two chapters.

It is the story of Rora, an inquisitive explorer on a personal, colourful and psychedelic pilgrimage. We first meet Rora searching a snow covered, Scandinavian-like forest, seeking something. When Rora uncovers an ancient artefact we’re propelled on a long journey, across wondrous, extraordinary and sometimes dangerous landscapes. Where this ultimately leads us is hopefully unexpected and beautiful.
‍